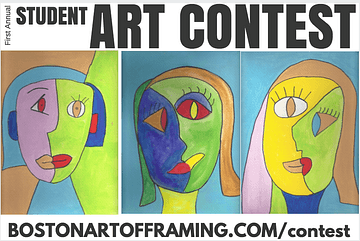 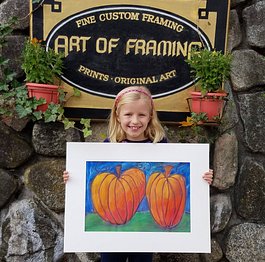 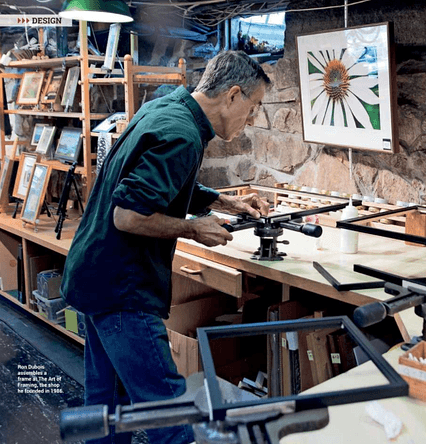 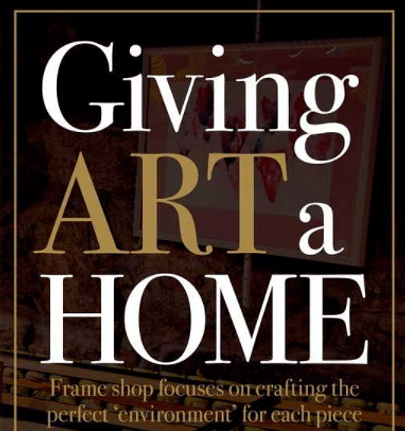 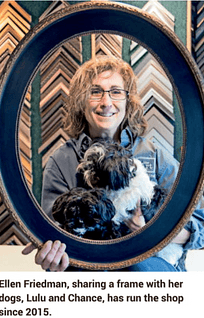 A picture may be worth a thousand words, but Ron
Dubois knows that when in the right frame, it’s  worth
a lot more.

Visiting The Art of Framing for the first time can be a bit overwhelming. Located on the bottom floor of the 1753 Estey Tavern building on Middleton Green, its pre-Revolutionary brick and stone walls are adorned with a captivating variety of expertly framed artwork that suggests a lifetime of dedication to the craft that the shop’s name invokes.

On a Thursday afternoon, shop founder and previous owner Dubois can be found in his natural habitat alongside current owner Ellen Friedman. They buzz around the room, assembling new frames and restoring old ones, all to a dizzying backdrop of jazz music.

“This is pretty much a typical Thursday afternoon for us,” says Dubois, bouncing back and forth between his work desks, grabbing tools and pressing wooden pieces together. “And we always listen to jazz.”

Dubois, 64, fell in love with framing after graduating from art school, when he began to hone his craft while working at another local frame shop.

After founding The Art of Framing in 1986, his expertise earned him a reputation as the point person for Middleton residents’ framing needs.

Even after selling the shop to a pair of new owners in 2006, Dubois has remained a fixture in the space, where he continues to lend his masterful skills in custom framing, art and framework restoration.

“Framing is absolutely a form of art, and it’s essential,” Dubois says. “You’re creating an environment for a piece of artwork to live in.”

Dubois says that fitting a piece with the right frame is an involved, collaborative process between either him or Friedman and the customer. For him, inspiration often strikes not long after the artwork comes in through the front door.

“When someone brings in a piece of art and puts it down on the table, I’m already grabbing samples on the wall I think would work,” Dubois says. “I’ve just been doing this for so long that I can already have an idea pretty quickly.”

Friedman, who took over the shop in 2015, highlights the
business’s niche in offering morethan 1,500 designs to customers
while also specializing in three-dimensional frames for sports
memorabilia and other items.

“We do everything on the premises and by hand, which is kind of
a dying art,” Friedman says. “We look at each piece individually,
and we are really fine-tuned at picking the right colors and frame
for our projects. And Ron can do the most crazy original things.”

But as the years have progressed, Dubois and Friedman say that
the market for custom framing has somewhat dwindled due to
the prevalence of chain home decor stores that offer factory -
made frames and printed artwork, much at the sacrifice of the
personal touch that has made shops like The Art of Framing
stand out.

“We’re one of the last mom-and-pop frame shops left,” Friedman
says. “People are going to these big-box stores where they don’t
have the same quality archival work that we do, which is designed
by people who have been in the business for 30 years.”

While Dubois admits that the demand for the shop’s services is
much different than what it used to be, he is confident that there
will always be a place for The Art of Framing in Middleton.

“The market is definitely changing, so in the future, I expect our customer base to become smaller,” Dubois says. “But I think there will always be a need for the work we do.”

7-year-old is Grand Prizewinner of
our first Student Art Contest!

After studying light and shadows, the 7-year-old was
inspired by the season to create her pumpkin still life
using glue and pastels.

The contest, which began in September, was a part of the
store’s celebration of 30 years in business in its Middleton
location. Owner Ellen Friedman, a Lynnfield resident, says she created the contest for students K-12 in hopes of encouraging a new generation of artists

“It was really inspiring to see how these students interpret the world around them,”  said Friedman.

Judging was based on originality, technical skill, composition, overall impression, and impact.  Entries ranged from photographs to a 2- dimensional abstract face in watercolor.  Winners in each category also won gift certificates to the Art of Framing store.